Teaching is my passion and mission in life. I believe that God has given me talent in teaching. Indeed, my brothers and sisters in Christ have affirmed my calling in teaching.  I enjoy it immensely and always try to find innovative ways to improve my students understanding.   I possess many years of mathematics instruction at both the secondary and collegiate levels which I commenced  immediately after completing my undergraduate studies at the University of Indonesia.  I have been cultivating and developing this blessed gift the good Lord has imparted that I might glorify Him in my labors.

College education specifically in the discipline of mathematics was always a significant part of my professional aspirations.   To this end, I attended the University of Indonesia in Jakarta, Indonesia.  My major concentration was Pure Mathematics.   Besides Math,  I also studied computer programming as evidenced by the subject matter of my final paper entitled,  “The Comparison of Iteration of Jacobean, Gauss-Seidel and S.O.R in the Solution of Elliptic Partial Differential Equation.” I used FORTRAN 77 language in doing the research. After finishing my Bachelor’s degree, I taught Mathematics for Economics in Economics Academy in Jakarta for one year.  Additionally, I taught Math in a Christian high school located  in Malang, Indonesia.  I also gave periodic lectures on the subjects of Calculus and computer programming at two universities in Jakarta over the span of five years.

Calling to be a Gospel preacher would later come when I was studying Math in my fourth and final year of my undergraduate work.  I was challenged to proclaim God’s Word and to teach God’s people to understand the Bible. This undertaking impelled me to pursue instruction at a Bible seminary a year after my graduation from the University of Indonesia.  Once I completed my Bachelor’s degree in Theology, I joined Scripture Union in Jakarta for the term of two years, thereafter  joining PERKANTAS (part of IFES – International Fellowship Evangelical Students) to assist students in understanding the Bible for the term of  twelve years.

America was my destination in 2005 on the basis of an invitation received to be a minister for an Indonesian church in Maryland. After finishing the term of service as interim Pastor in that church in 2007, I took some classes in  the Reformed Theological Seminary in Washington, D.C.  Following this, I joined Cornerstone Church as a Mission Pastor for an Indonesian community in the DC area. I also taught the Indonesian language to diplomats and military personnel who were being dispatched to Indonesia by the U.S. government. In 2014 I relocated to New Hampshire when I was invited by an Indonesian church in Newington to assume the pastorate there.  It was at that time that I joined TCCA as a substitute teacher for one year.  I have stayed close to this ministry of Christian education in the intervening years and am presently teaching  Pre-calculus and Physics.   My prayerful hope is that my students would be blessed by God through me.  Thank you. 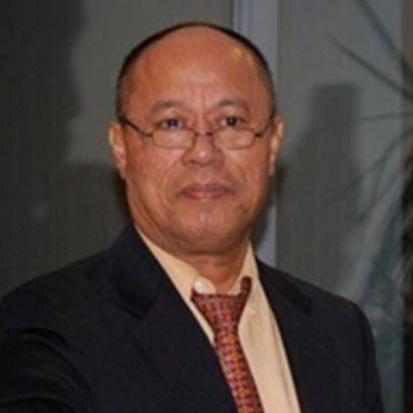